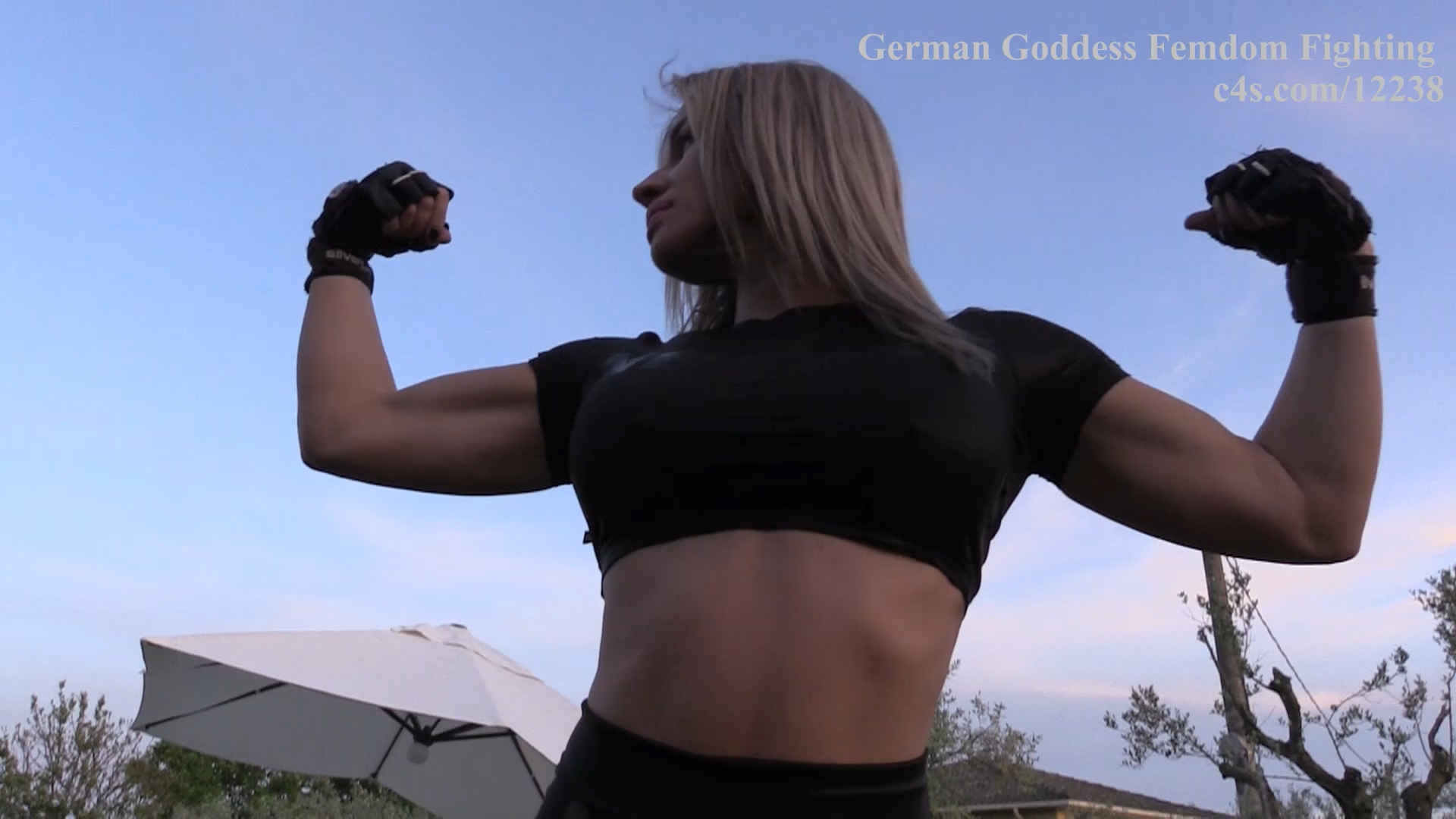 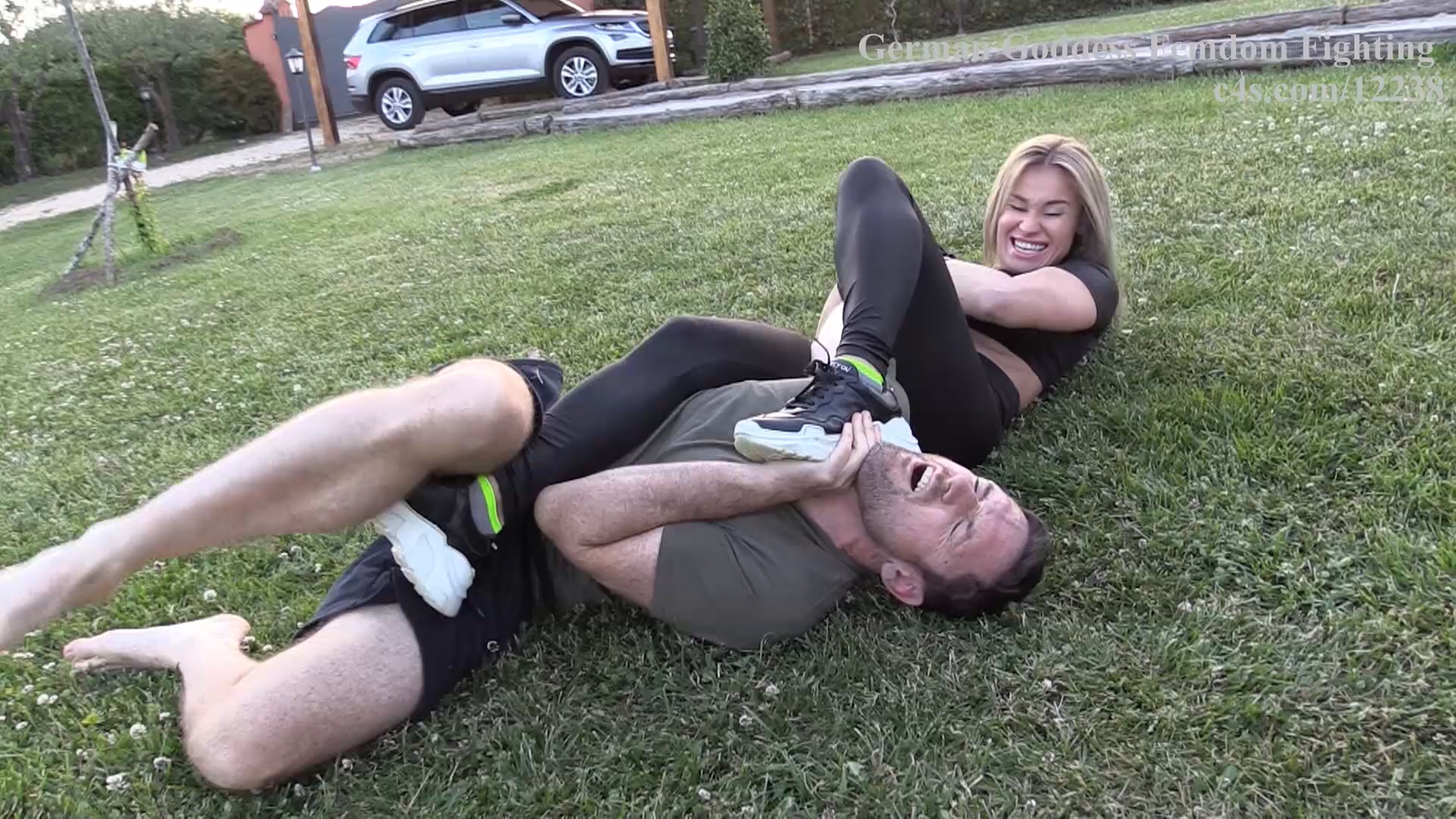 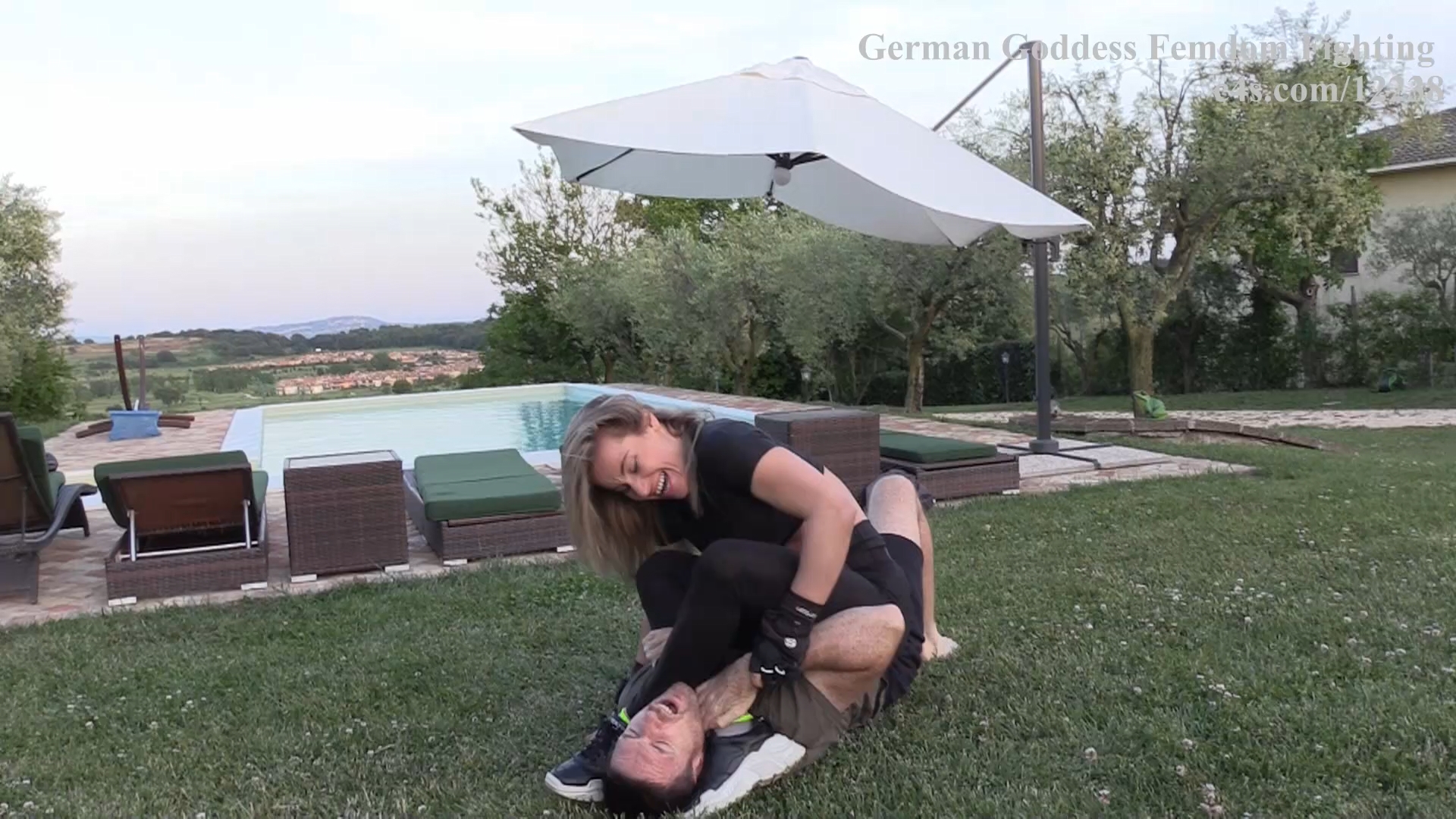 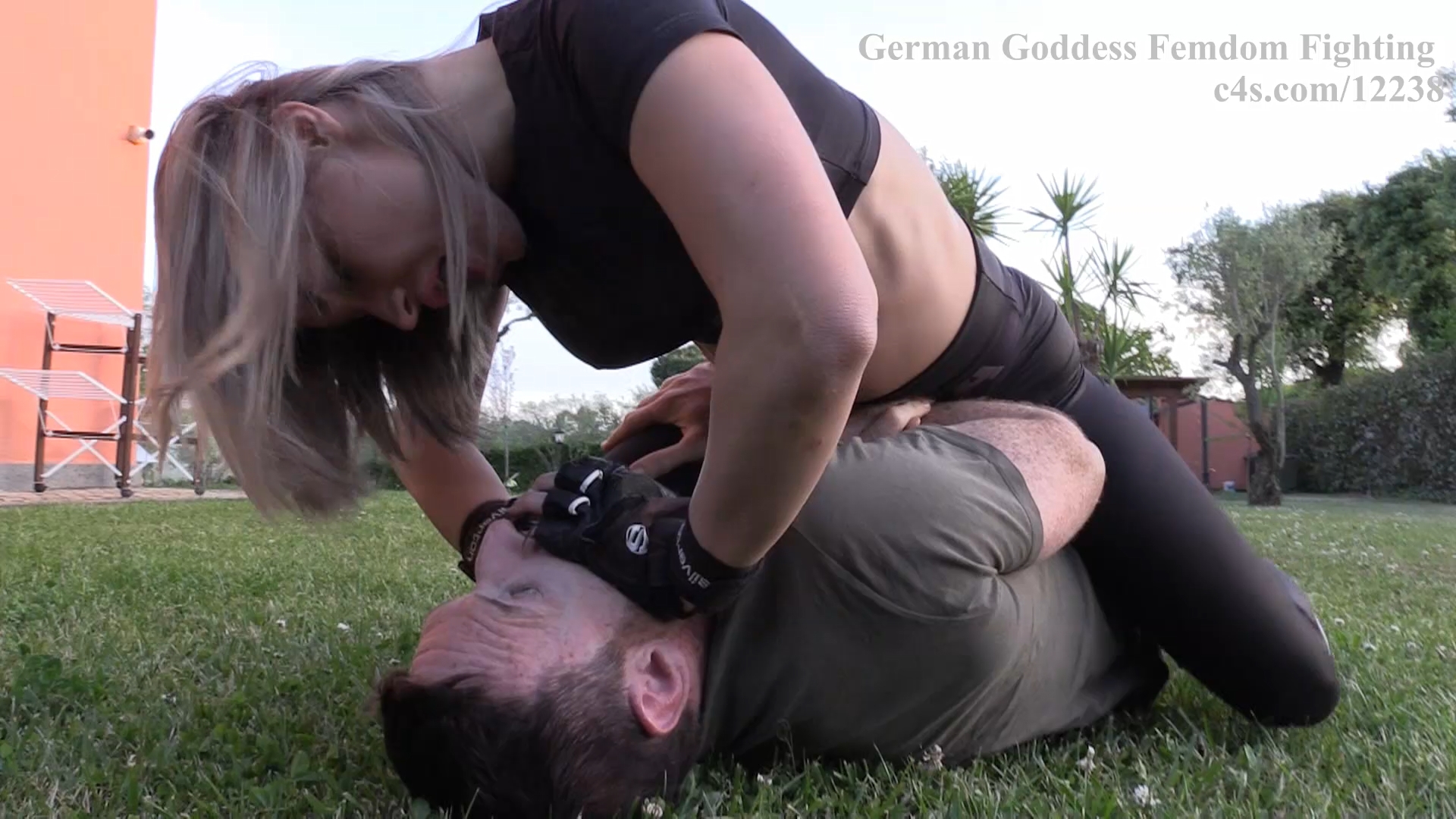 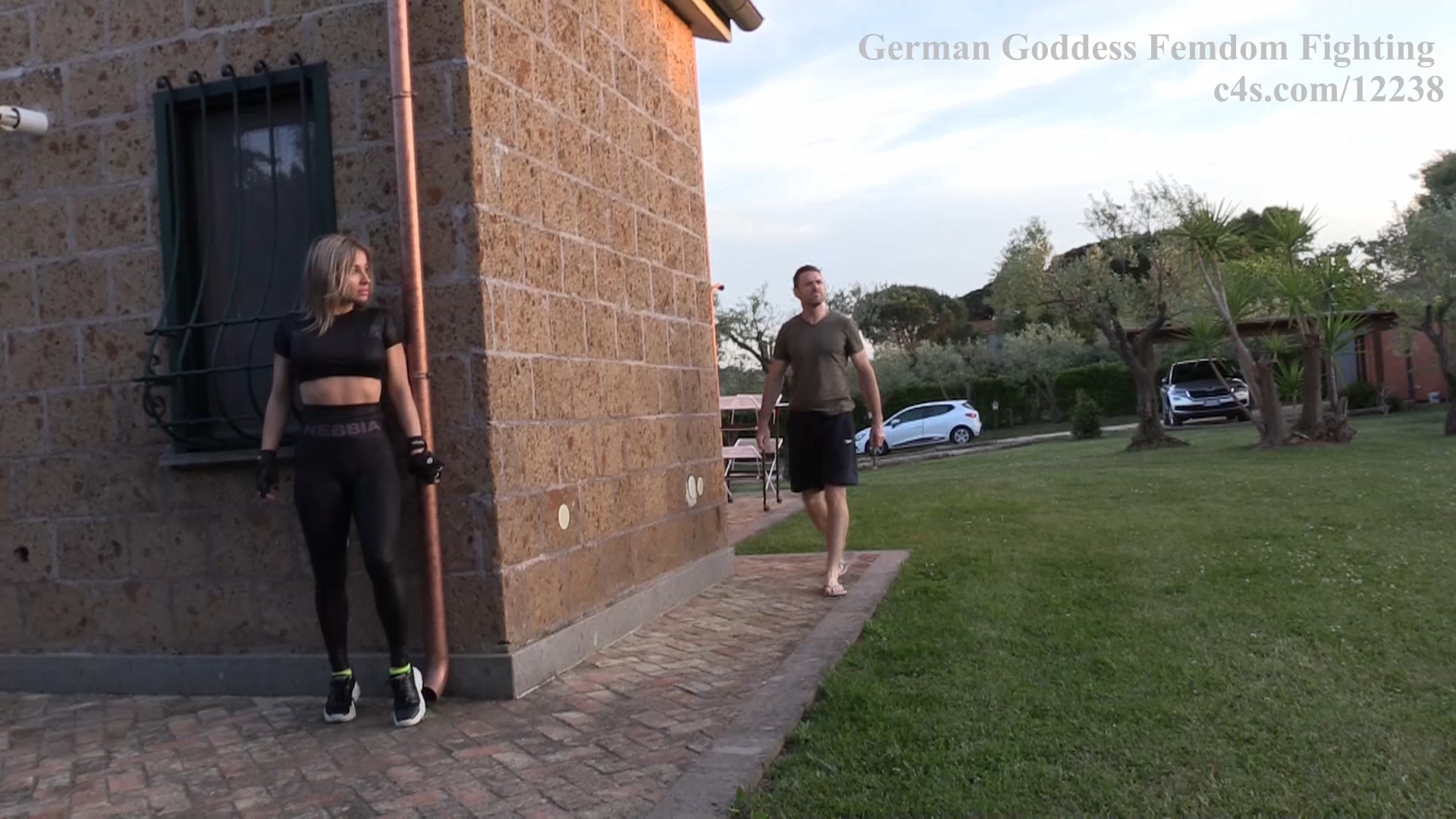 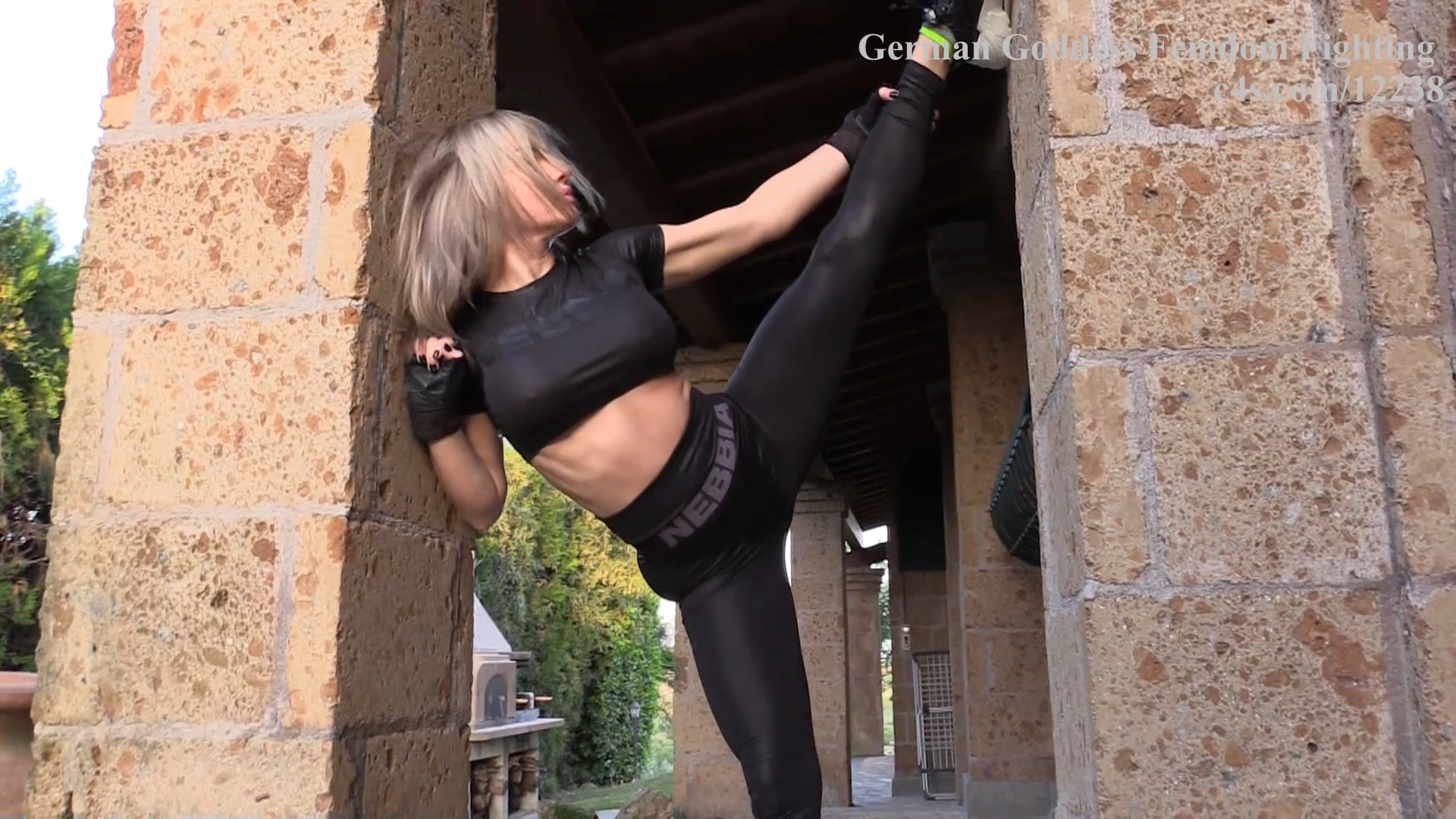 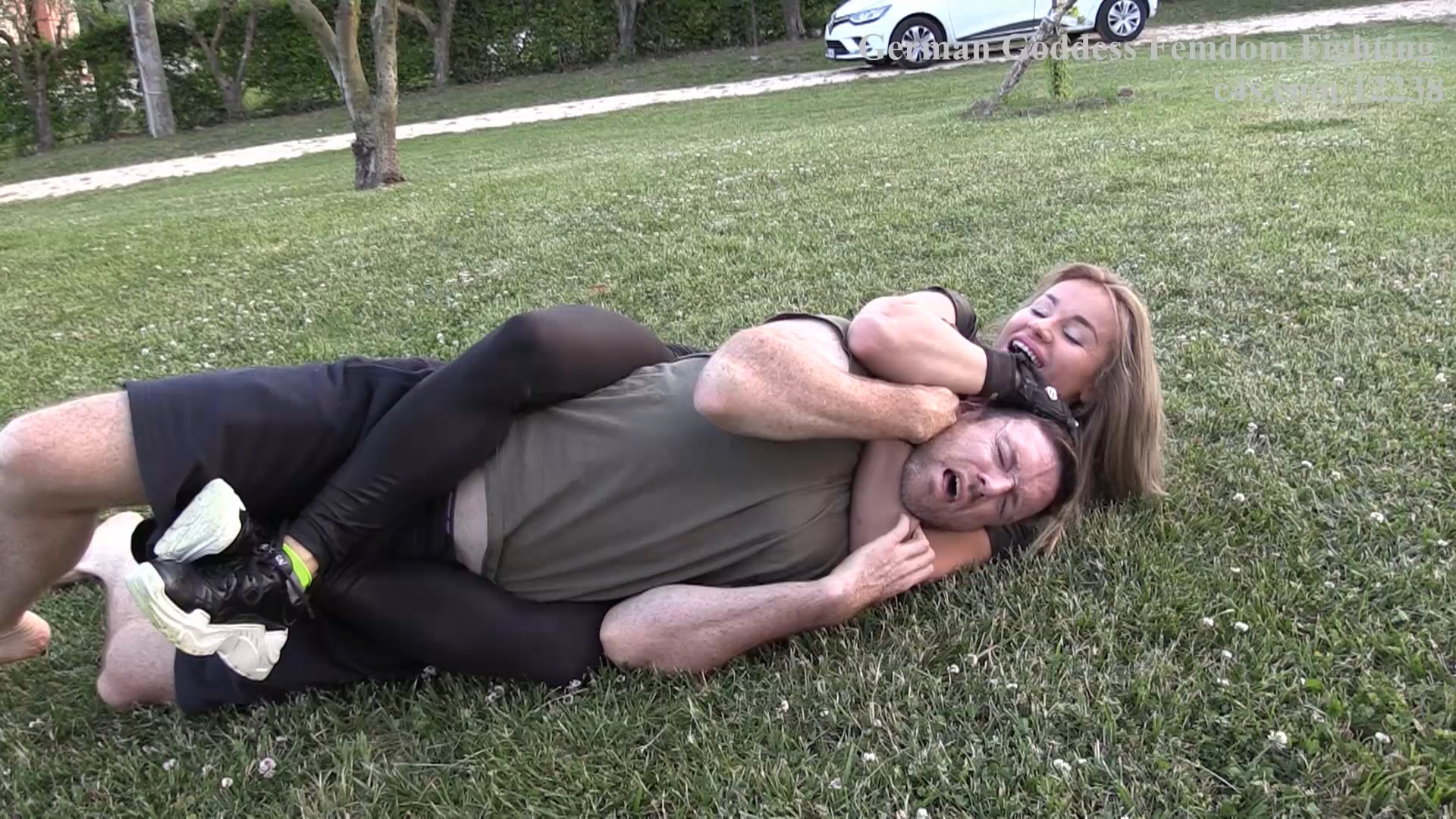 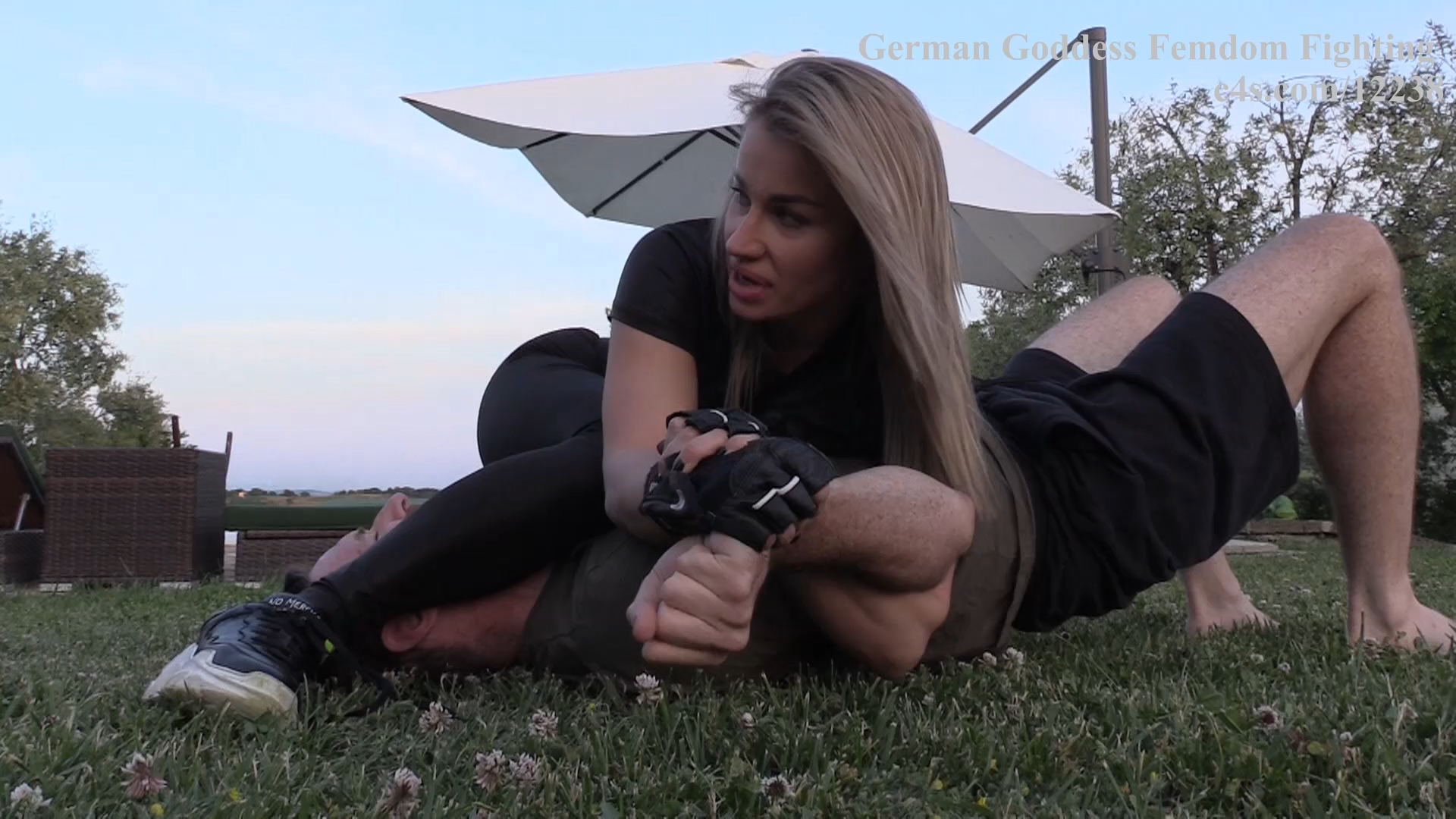 A Femme Fatale encounter. Pamela attacks three guys one after the other in their camp. She ends finishing them off by lethal holds at the end of a brutal one sided beatdown.

A camp of three friends hanging around having a good time under Italian sun comes out to turn over into a horror trip. The administer of horror, Executrix Pamela Strong, sneaks inside, hides to attack, and beats down one after the other until she owns the camp alone.

She is dressed in tight black Joga pants, a tight spandex sports top, gloves and sneakers. Black and bad. An executrix at work.

Sadistically she attacks the guys in an ambush of her hiding. She kicks, she throws, she wrestles, pins and smothers them. She is skilled she is strong, she is fast and fit. The men are destroyed very one sided and in a very dominant way of humiliation.

As the sun goes down, the level of the men’s life goes down as well. Sunset to darkness administered by the destroyer of men.

Very artistic and athletic performance of Pamela. She used all her skills to overpower and subdue her male foes. She used high kicks, roundhouse kicks, hip throws and BJJ to obtain and hold superiority. A really strong woman in a really strong performance.

There are no reviews yet.

We use cookies on our website to give you the most relevant experience by remembering your preferences and repeat visits. By clicking “Accept All”, you consent to the use of ALL the cookies. However, you may visit "Cookie Settings" to provide a controlled consent.
Cookie SettingsAccept All
Manage consent

This website uses cookies to improve your experience while you navigate through the website. Out of these, the cookies that are categorized as necessary are stored on your browser as they are essential for the working of basic functionalities of the website. We also use third-party cookies that help us analyze and understand how you use this website. These cookies will be stored in your browser only with your consent. You also have the option to opt-out of these cookies. But opting out of some of these cookies may affect your browsing experience.
Necessary Always Enabled
Necessary cookies are absolutely essential for the website to function properly. These cookies ensure basic functionalities and security features of the website, anonymously.
Functional
Functional cookies help to perform certain functionalities like sharing the content of the website on social media platforms, collect feedbacks, and other third-party features.
Performance
Performance cookies are used to understand and analyze the key performance indexes of the website which helps in delivering a better user experience for the visitors.
Analytics
Analytical cookies are used to understand how visitors interact with the website. These cookies help provide information on metrics the number of visitors, bounce rate, traffic source, etc.
Advertisement
Advertisement cookies are used to provide visitors with relevant ads and marketing campaigns. These cookies track visitors across websites and collect information to provide customized ads.
Others
Other uncategorized cookies are those that are being analyzed and have not been classified into a category as yet.
SAVE & ACCEPT